One of the important purposes of the State Republican Winter Meeting held in Boise this month was to recognize those from throughout the state who are outstanding in their public service. Nominations are invited from all counties, and the Hall of Fame Committee, made up of state and region leadership, considers those nominations for excellence and service beyond the ordinary. Awards are then presented at the conclusion of the general session, attended by meeting delegates from throughout Idaho.

Those on the committee awarded the Outstanding Legislator award to Bonneville County Rep. Bryan Zollinger, who has served District 33 for the past three years, after years of service as a precinct committee officer and state convention delegate. Rep. Zollinger established the Idaho Freedom Caucus and consistently scores over 90 percent with both the Idaho Freedom Foundation Index and the American Conservatives Union.

Rep. Zollinger was recently awarded the Champion of Patient Care award from 18 states for a bill that allows pharmacists to prescribe a multitude of drugs that don’t require a new diagnosis, such as flu shots, insulin prescriptions, etc. This Idaho bill was the first of its kind in the nation and serves as a model for other states to reduce healthcare costs. Rep. Zollinger was one of the first legislators who sued the secretary of state challenging the governor’s authority to veto the grocery sales tax repeal bill.

Rep. Zollinger was the House sponsor of a pro-Second Amendment gun bill that allows citizens to keep their weapons concealed in a vehicle. This measure passed unanimously in both the House and the Senate. He was the House sponsor for the Idaho Business Corporation Act, which made Idaho more attractive to out-of-state corporations registered in Idaho. Rep. Zollinger is a solid conservative unabashedly upholding the ideals of the Idaho Republican Party platform. 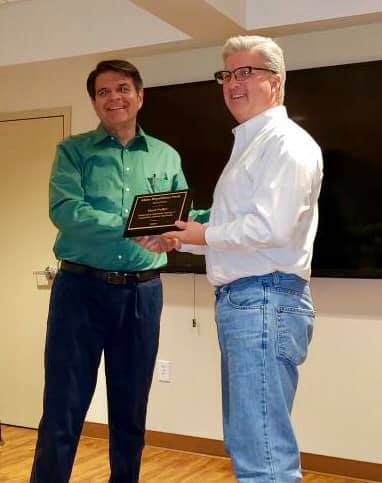 Bonneville County Chairman Mark Fuller was selected by the Hall of Fame Committee as the Outstanding County, region and legislative district chairman. Fuller has served as a precinct committee officer for eight years, two years as fourth vice chairman in Bonneville County and four years as County chairman. Fuller is proud that all partisan offices in Bonneville County are held by Republicans and that Bonneville County regularly proposes state party rule changes and resolutions. Fuller was honored to give the nomination speech for the current state party chairman, Raul Labrador. Fuller authored the party rule change allowing legislative districts to nominate only one individual to fill legislative and senatorial vacancies, which was approved at the winter meeting.

Fuller is a founding board member of the Idaho Falls Humanitarian Center and served for seven years on its board. The Post Register publishes weekly articles submitted by the Bonneville County Republican Central Committee, and Fuller is a frequent contributor. Fuller is a regular speaker at party events in surrounding counties and was recently nominated by the Legislative District 33 committee to fill both the Idaho Senate and Idaho House vacancies.

Bonneville County is well served by Republican Party leadership, and these recent awards honor the service of all Republicans throughout the County.

Travis Oler is still a Democrat

I was born in Idaho. My father was a baker, my mother was a stay-at-home mom. I was the first one in my family to go to college. My parents instilled in me the values of hard work, savings, courage, and faith. These values are what drove me to take the first step and pursue a college degree.

I attended Rick’s College (now BYU-Idaho) in Rexburg, Idaho. Graduated from Brigham Young University in 1986 and then went on to law school. I received my Juris Doctor in 1989 with honors from the McGeorge School of Law at the University of the Pacific.

Since then I have helped grow a successful law firm in my hometown of Idaho Falls. But where I’ve invested my true energy and passion has been with our family. I’ve been married to my wife, Sharon, for more than 35 years and we have five wonderful children together.